Renowned as the most royal city in Vietnam, Hue has enough charm to keep you staying as long as you can afford the time to visit.

Located on the bank of Song Huong- Perfume River; Hue, the capital of Thua Thien Hue province in Central Vietnam, is 700 km southern Hanoi, 1100km northern Ho Chi Minh City, and only a few miles from the sea. Not until 1945 was Hue the national capital, the political, cultural and religious center of Vietnam under the control of Nguyen Dynasty. Most well-known for its historic values; Hue had been recognized as one of the World Heritage Sites by UNESCO.

What to see in Hue

If you are a history buff, or simply love discovering exotic cultures, Hue- Vietnam’s former Royal Capital is definitely on the top list of your travel plan. The city represents the outstanding demonstration of the power of the vanished Vietnamese feudal empire, including a complex of monuments, tombs and pagodas that attract tourists coming from all over the world.

Occupying a large, bounded area on the north side of Perfume River; four citadels were comprised to create the Capital City: Hoang Thanh (Imperial City) for royal palaces and shrines, Tu Cam Thanh (Forbidden Purple City) for royal residences, Dai Noi (Inner city) and Tran Binh Dai, which exclusively ancient architecture. Tourists are expected to spend at least one day to visit the whole complex. They can also catch a taxi, hire a bicycle, rent a “xich lo”- Vietnamese cycle if do not feel like walking around the site.

There are several tombs of ancient emperors scattering along the Perfume River: such as Minh Mang, Khai Dinh, Tu Duc, Dong Khanh, etc. On Cam Khe Hill, Minh Mang Tomb was built in 1843, with the area of 18 hectare, 3-meter-high defended wall, and nearly 20 architectural constructions. Lying in the middle of a pine forest, Tu Duc Tomb belongs to Duong Xuan Moutain, 8km far from Hue.

Featured in various songs and poems, Thien Mu Pagoda has become an essential part of Hue City. With the symbol of the octagonal 21-meter-high tower, the pagoda is the perfect combination of artificial architectural work and picturesque nature. Tourists can also visit other pagodas such as Tu Dam, Tu Hieu, Huyen Khong.

What to do in Hue

Besides visiting ancient monuments and tombs, coming to Hue, you can also have a chance to bath and lying under the sun on the most wildly beautiful beaches in Vietnam. Thuan An and Lang Co beach are among the most wonderful ones, twinkling in sunshine with limpidly blue ocean and white silky sand. Moreover, there are some mineral hot springs available like Thanh Tan in Phong An, Phong Dien; where tourists can totally be relaxed after a long walking day.

At the height of 1450 meter; Bach Ma Mountain, 60km southern the city, represents the four-season type of weather of the temperate zone.

Many tour agencies also arrange a boat trip along Perfume River; in which tourists can witness the splendid sceneries while enjoy Hue specialties and watching royal art performance.

What to eat in Hue

Hue is the place where dining is not to satisfy human basic needs, but a form of art. Hue’s gastronomy is elegant, light and noble, different from other regions’ of Vietnam. Spices, especially chili, play an important role in Hue’s cooking and cuisine decorating art. Nowadays, consuming Hue dishes, it will be extremely interesting for everyone to know that they are trying what mostly were served to the Emperor in the past.

One of the dishes that you cannot miss in Hue is “com hen”- rice with baby clams- a very simple and low-priced specialty. A bowl of “com hen” will bring you the sweet-smelling flavor of rice and herbs, mixed with the buttery, sour, bitter taste of spices, grease, baby clams. 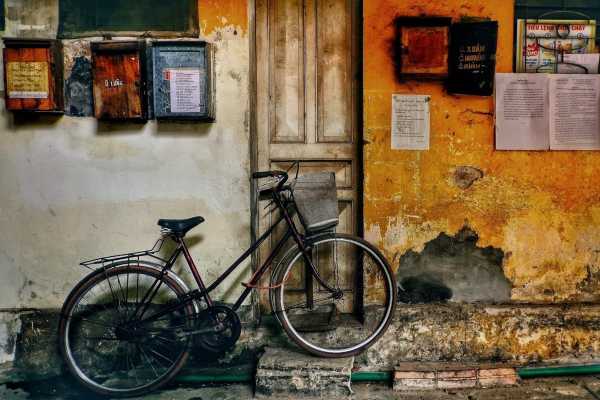 From USD 349
Book Now!
© 2020 OCEAN TOURS. All rights reserved. Terms of Use. Powered by TrekkSoft, the online booking solution company.