Among the highest latitudes of Vietnam, Ha Giang is undoubtedly a great destination for the sightseeing of grandiose mountainous landscapes. Ha Giang’s resident consists mainly of minor ethnic groups who make up its own culture.

Ha Giang is a mountainous province in the North of Vietnam in which the Vietnam-China borderextends more than 274km long. The province is also the source of Lo River flowing into Vietnam, contiguous to China to the north with international border gate Thanh Thuy. Southern of Ha Giang is Tuyen Quang; eastern is Cao Bang and Lao Cai to the West. Ha Giang is about 320km to the north of Hanoi, following Highway no. 2.

Ha Giang seen from above

Ha Giang is quite a new city with only 120 years of history. Going through a lot of difficulties in term of unfavorable location and low level of infrastructure, Ha Giang is transforming from an economically underdeveloped province into a tourism locale that attracts a lot of visitors in the last few years.

Like any other Northern highlands of Vietnam, the climate here is cool in the summer and extremely cold in the winter which ones may see snow. The temperature of Ha Giang ranges from 5 - 28 Celcius degree, which is pretty ideal for tourism.

Like Sapa, the most renowned attraction of Ha Giang are the many grandiose mountains. Although mountains here are not as high as Sapa’s mountains and seem not to be steep enough to challenge adventurous climbers, they stand out for extensive area of limestone with unique formation of peaky rocks.

The most famous rocky area of Ha Giang is Dong Van Rock Plateau, which is recognized by UNESCO as one of 77 geological parks in the world. Lung Cu hamlet lying inside Dong Van Rock Plateau is another indispensible destination as it marks the very northern tip of Vietnam by Lung Cu Flag Tower on Dragon Mountain.

Not only that, Ha Giang is a venue of fanciful natural caves such as Phuong Thien Cave, Chui Cave, Fairy Cave and Swallow Cave. Although all the caves offer wonderful scenery with fantastic shapes of stalactites, each one has its own story and traits. For example, legend says that fairies used to bath in Fairy Stream inside Fairy Cave which is the source of its name.

Ha Giang is also well-known for its magnificent forests in which there are more than 1,000 species of good woods, drug trees as well rare animals like tigers, peacock or pangolin.

This mountainous province’s residents consist mainly of ethnic minorities with a major of Hmong, Tày, Yao and Nùng ethnic groups. Thanks to this ethnical diversity, nowhere can one see more fusing traditions than Ha Giang. Each of the ethnic group has its unique custom in term of wedding, worship, festivals or funeral. To illustrate, a Hmong groom can only get married only if he can rob his wife but no one know about his action to be successful pass the trial.

In Ha Giang, for tourist to see the most unique custom of the ethnic minorities, it is recommended to take a trekking tour or travel by motorbikes because there are many ethnic hamlets living separately from the mainstream society. Coming to these tribes, ones may see charms on their doors to expel demons and evil spirits. The locals are also very friendly who welcome strangers like honored guests and may treat you their special dish: Thang Co (horse meat hot-pot).

A unique spot only be seen in Ha Giang is “Khau Vai Love Market”. The market-day is held monthly only on the 26th and 27th of a Lunar Year. In there, both single and married people in different ethnic groups can come to find ones’ ideal life-partner and sharing their feeling and understanding to each other. Lunar New Year seem to be the best time to visit Ha Giang when ones can see a wide variety of traditional customs of ethnic minorities here, such as celebrating success, rain ritual, sons ritual, crossbow shooting competition, pan-pie performance or “Còn” Throwing competition.

How to get there?

Because Ha Giang’s infrastructure is still on its way of improvement, ones can only reach this destination by car or motorbikes along the High Way No. 2 to the north of Hanoi, through 3 provinces: Vinh Phuc, Phu Tho and Tuyen Quang. It’s excellent if one has a private car or if not, you can go to some coach station in Hanoi like Giap Bat, Gia Lam, My Dinh, Luong Yen or Ha Dong to get a coach with relatively low fair, varies from 100,000 VND (about $5) per one way ticket.

1. The Mansion of Vuong Familiy 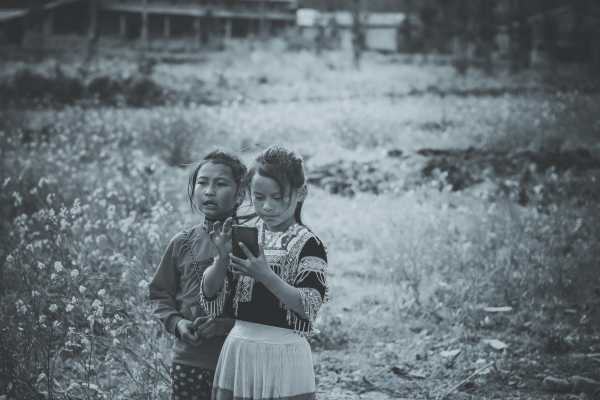 Visit historic landmarks and sleep in local villages on our Northern Explorers Loop. We take you on a 3Day/3 Night journey through some of Vietnam's most impressive landscapes. We provide safety gear for your head, hands, legs and arms to gi... more

From USD 189
Book Now!
© 2020 OCEAN TOURS. All rights reserved. Terms of Use. Powered by TrekkSoft, the online booking solution company.